Geological story of Saimaa
The primeval rock foundations of the Saimaa region were born at the bottom of an ancient sea approximately 1,900 million years ago. The bedrock was formed over time; the ancient sea withdrew and a high mountain range rose in the Saimaa area. Deep in the foundations of the nountains magma crystallised to form gneisses and granites and gradually the mountains eroded away. The foundations of the mountain range are still reflected in the beautiful landscape, which is a colourful mosaic of water, rock and fertile ground.
The Saimaa region was shaped into its current form by the last Ice Age. It left behind massive ice-marginal formations, the Salpausselkä ridges, which are even visible from space.
They were formed when gravel and sand deposited at the margin of the melting continental ice approximately 12,300-11,600 years ago.

The shores have been inhabited since prehistoric times
Humans arrived in Saimaa over 10,000 years ago. Great waters for fishing and land for hunting attracted people to this new area that had been revealed from under the ice. The most popular settlement spots were near the sunny beaches. People painted dozens of cave paintings on cliffs and rocks, with the most common subjects being people, animals and boats. The paintings tell us about the world of the ancient hunters of Saimaa.

Geopark means appreciating locality One of the goals of a Geopark is to support local residents to get to know and appreciate their local area by revealing the geological heritage of the area and by making it a part of life for the local community. Schools and other educational establishments and communities can use the contents of a Geopark in various ways for education. The goal is to increase the appreciation of the Geopark area both locally and internationally.

Geopark means international co-operation
Every Geopark is part of the international Geopark Network. Through the network, the geological heritage and local services in the Geopark area gain international coverage and visibility.
Geopark supports tourism, business, internationality, education and research in the area by highlighting unique geological and cultural features and by caring about sustainable operations in order to protect the environment. 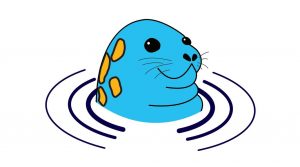